The Hen Night Epiphany, written in 2011 but set in the real estate crash of 2008, takes the audience up a hill with five women bent on a rousing night of hen night (bachelorette) activities before Una’s wedding in a few days. Una has brought her two best friends, her future mother-in-law and the groom's godmother to the site of the battered cottage that she and her fiancé plan to renovate for their new life. They expect a booze-up; she’s planned a clean-up. What was supposed to be a blow-out threatens to blow up, as secrets simmer. Each woman arrives with her own baggage and inevitably, it all has to be unpacked.

Jimmy Murphy is an Irish playwright living in Dublin, where he grew up in the inner city. He is a member of the Abbey Theatre’s Honorary Advisory Council and a recipient of three Bursaries in literature from the Arts Council/An Chomhairle Ealaíona. His stage plays include Brothers of the Brush (Dublin, The Peacock, Dublin Theatre Festival 1993), which was awarded best new Irish play; The Muesli Belt (Dublin, The Abbey Theatre, 2000; and premiered in North American by the Toronto Irish Players); The Kings of the Kilburn High Road (2000, made into a Feature Film that debuted at TIFF, filmed in Irish and Ireland’s entry for the Oscar for Best Foreign Language Film), The Castlecomer Jukebox (Red Kettle, 2004) and What's Left of The Flag (Theatre Upstairs @ The Plough 2010), nominated for an Irish Times Best New Play Award. The Hen Night Epiphany, premiered at The Focus Theatre, Dublin in September 2011. It has recently been translated into Hebrew. His latest play is The Chief, a new examination of the life and death of Michael Collins 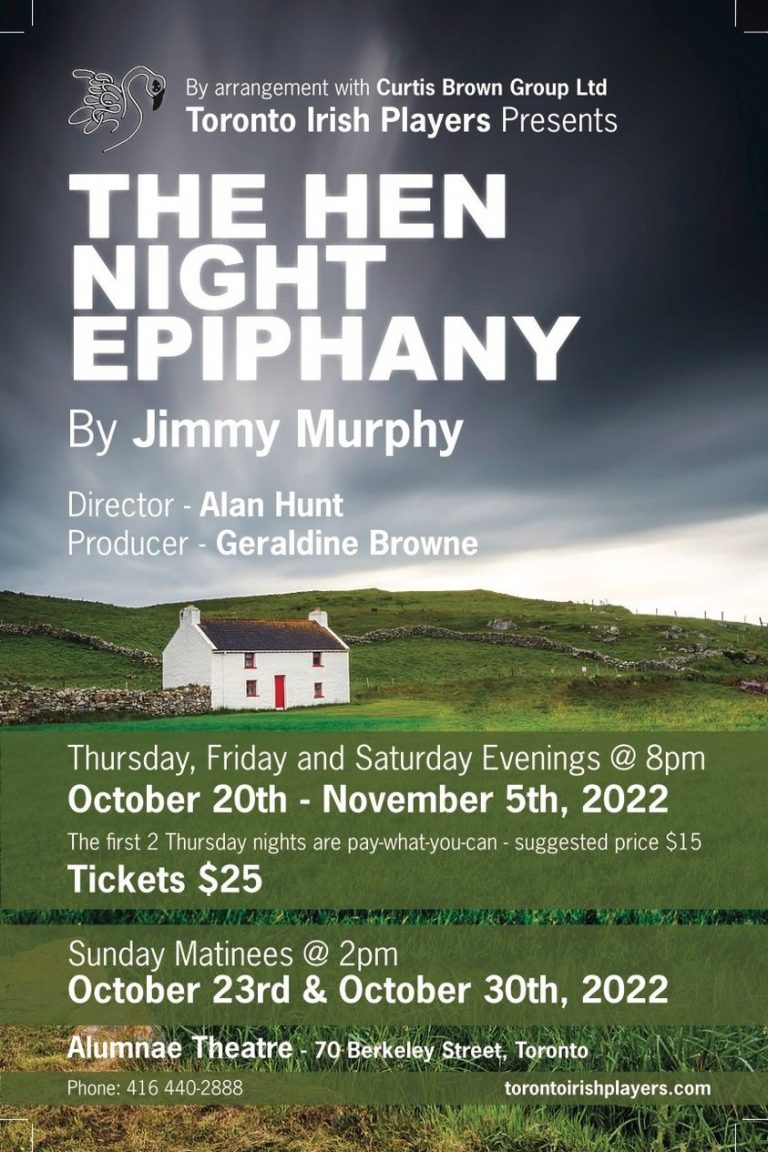